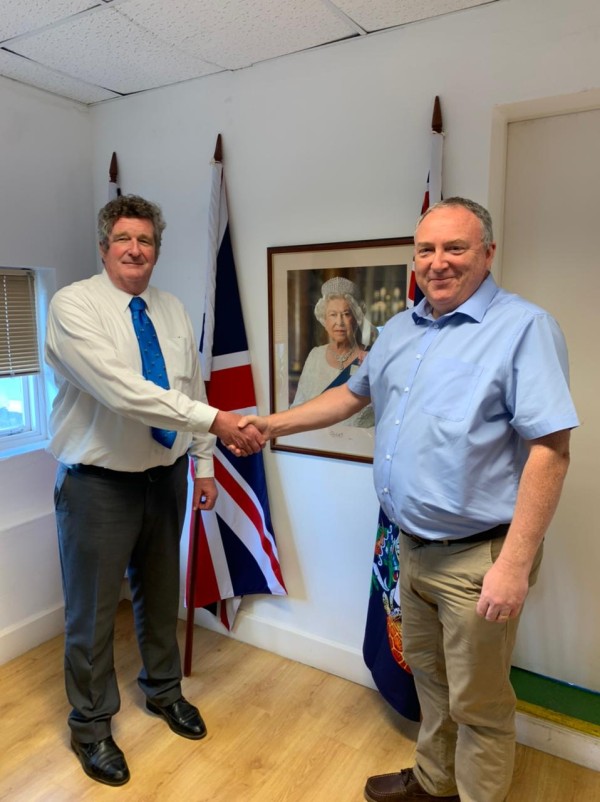 Administrator HH Sean Burns departed Ascension on leave on Sunday 17 July 2022. During his absence the Head of the Administrator’s Office, Carl Mackerras, will be fulfilling the duties and functions of Administrator.

Carl was appointed Acting Administrator by the Governor acting in accordance with the provisions of s147 of the Constitution read with s183(3), and was sworn in by Sean Burns at 16:15 on Friday 15 July 2022 ahead of his scheduled departure.

He will be undertaking the role of Acting Administrator until Sean Burns returns to the island at the end of August 2022.