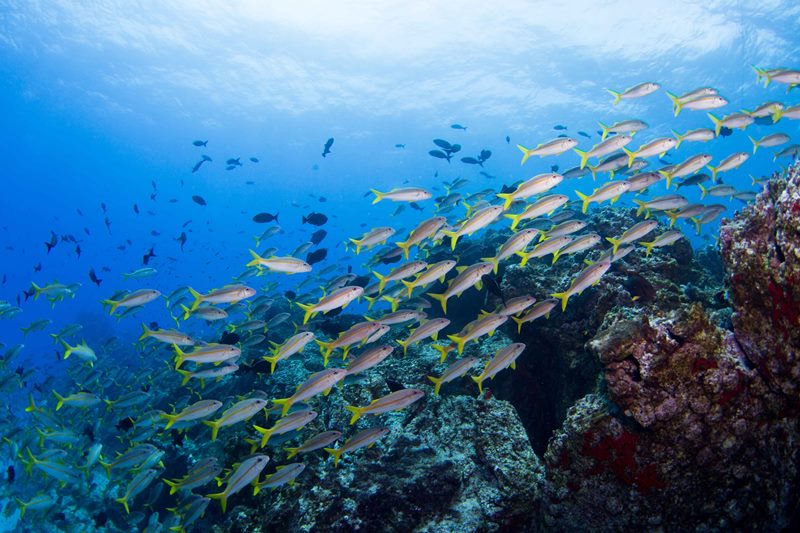 On 30 August 2019 the Ascension Island Marine Protected Area (MPA) was designated following a recommendation from the Island Council. The MPA covers 100% of Ascension’s Exclusive Economic Zone (EEZ), an area of over 440,000 square km, making it one of the largest MPAs in the world.

Within the MPA, it is proposed that commercial fishing and mineral extraction will be prohibited, ensuring one of the highest levels of protection possible for this biodiversity hotspot.

The designation of the MPA was the culmination of many years’ of data gathering, planning and consultation to ensure that an informed decision could be made about the best approach to manage Ascension’s waters. This work was supported by the UK Government’s Blue Belt Programme, funding from Darwin Plus, EU BEST and the Great British Oceans Coalition as well as input from academic institutions and most importantly the elected Council and people of Ascension.

“We are delighted to be able to make this monumental recommendation to the Governor. The designation of this highly protected large-scale MPA will ensure that the near-pristine marine environment around Ascension will be safeguarded for future generations. We now eagerly await the release of funds from the UK Government to support the ongoing future management costs of the MPA”.

The Ascension Island Government is now drafting regulations governing the MPA and the development of a management plan is well underway.