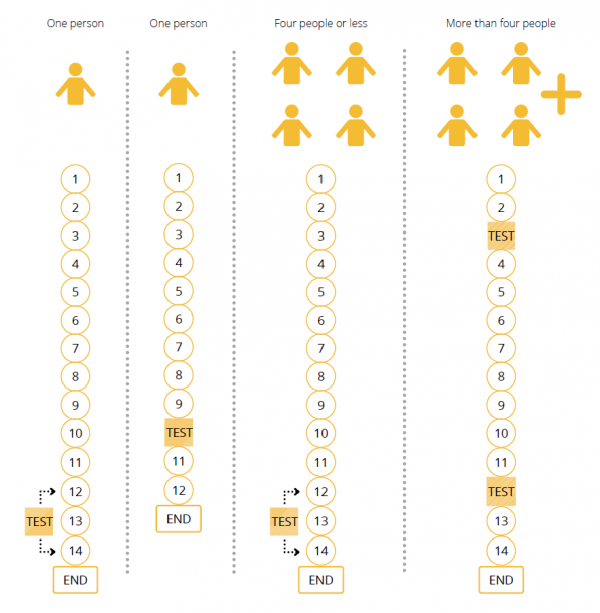 Exit testing of all those under compulsory isolation measures introduced

In order to safeguard against the introduction of COVID-19 into the community, AIG is currently implementing a period of strict quarantine (isolation) on arrival for all those who have travelled from an affected area, or who may have been at risk of exposure to COVID-19 as a result of their travel history.

Current evidence indicates that placing a person into individual isolation for 14 days will result in a <1% chance of a person infected with COVID-19 being released from quarantine without having already been identified. As such, a 14-day period of isolation following arrival offers a high-level of protection to the wider population.

However, Georgetown Hospital currently has the ability to deploy COIVD-19 testing using a Cepheid GeneXpert molecular test platform. As such it is also possible to utilise the negative predictive power of this testing platform to establish the potential for infection in arrivals and those who are observing isolation measures.

As of Tuesday 12 January, all persons aged 11 years old and over will be subject to testing prior to their release from isolation. Previous to this change the majority of persons undergoing compulsory isolation would have already been subject to some form of testing regime due to the dynamic of their isolation cohort. However, this policy change now extends exit testing to all those aged 11 years old and over.

Deploying testing prior to releasing a person from isolation provides additional assurance that they are not in fact infectious at the point of release, and also a final fail-safe to guard against an as yet unidentified failure in the system of protocols and procedures which may have undermined the efficacy of the system of compulsory isolation.

As such all persons aged 11 years old and above who undergo compulsory isolation will be subject to one of the testing regimes identified above.