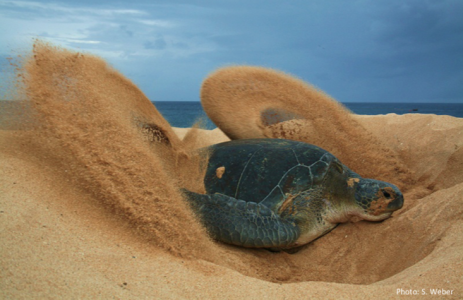 Large, highly migratory marine reptile up to 1.5 metres in length and 300 kg in weight. Migrates from coastal feeding areas along the Brazilian continental shelf to nest on Ascension Island’s sandy beaches. Adults are predominantly herbivorous with a diet composed largely of seaweed and seagrass.

This Marine Life can be found in the following locations: 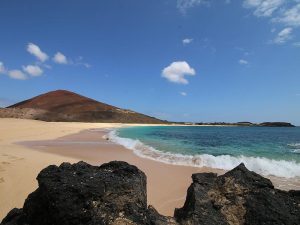 Long Beach is just under a kilometre long, adjacent to Georgetown and is the most important nesting beach for green turtles on Ascension Island. 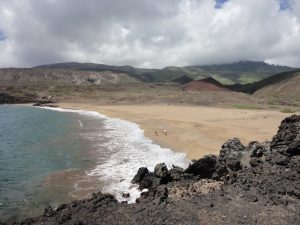 North East Bay is one of the three major beaches that are important nesting sites for green turtles. It is also an important spawning beach for the near-endemic land crabs. 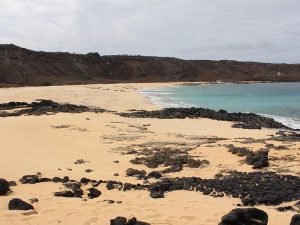 South West Bay Nature Reserve contains Pan Am Beach, one of the three main nesting beaches on Ascension for the green turtle.