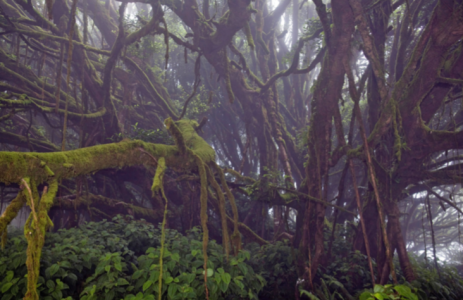 Ascension Island’s cloud forest zone, or mist region, is confined to the summit slopes of Green Mountain, where frequent immersion in cloud banks creates continuously damp conditions. Although the ecosystem shares many of the features of a true cloud forest, the original vegetation of this zone was treeless and dominated by ferns and bryophytes, including several endemic species. These native habitats have now been largely replaced by a novel ecosystem of introduced trees, shrubs and grasses and survive in only a few isolated locations on the most exposed slopes and outcrops. Nevertheless, the mist region remains the centre of botanical diversity within the Territory, supporting populations of 15 out of the 18 known endemic plant species. The native fauna is comprised entirely of invertebrates and remains little known, although at least one endemic moth species has been described and others may await discovery.

This Habitat can be found in the following locations: 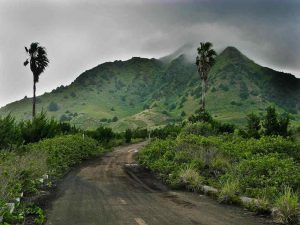 Green Mountain National Park is full of history and natural beauty. Rising to 859m, the mountain is lush and cool compared to the arid lowlands, with many trails for visitors to explore.