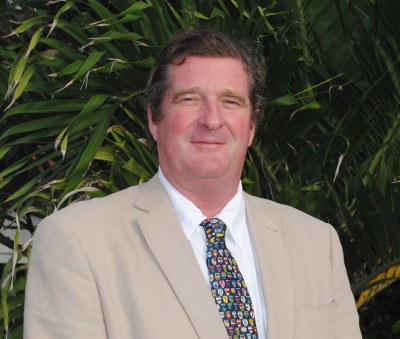 The Role of Administrator

His Honour the Administrator is appointed by the Governor to represent them on Ascension and conduct business on their behalf. They are the head of the Ascension Island Government and an ex-officio member of the Island Council. The role has existed since 1964 when the first UK Foreign, Commonwealth and Development Office (FCDO) official was appointed to the position.

As head of the Ascension Island Government the Administrator is responsible for ensuring good governance of the territory for the general public and the major ‘users’ of Ascension Island. These are the US Air Force, the UK Ministry of Defence, the Composite Signals Organisation, the BBC and Sure South Atlantic.

Sean joined the FCDO in 1978 and has enjoyed a varied career, which has mainly been spent overseas. His most recent assignments have included two tours as Administrator in Tristan da Cunha (2010-2013 and 2016-2019) and in the Head of the Governor’s Office role, including Deputy Governor and Acting Governor, in St Helena (2013-2016).