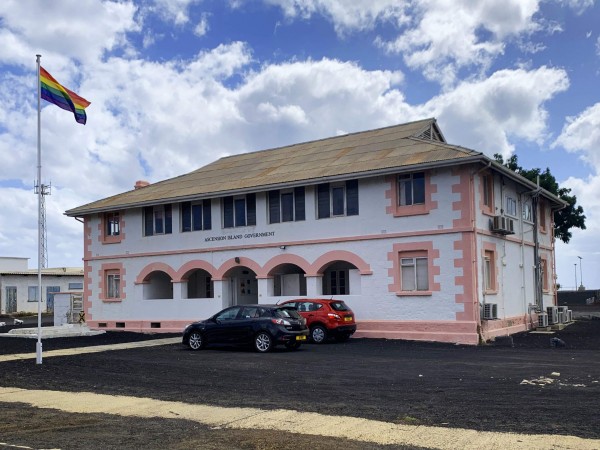 Each year on 17 May the International Day Against Homophobia, Biphobia and Transphobia (IDAHOBIT) is observed. To mark this, the lesbian, gay, bisexual and trans (LGBT) rainbow flag is being flown outside of Government House in Georgetown in place of the flag of Ascension.

IDAHOBIT is observed in over 130 countries and territories around the world. It aims to raise awareness of the discrimination, repression and violence LGBT communities face as a result of being LGBT.

It is marked on 17 May to commemorate the World Health Organisation’s (WHO) decision in 1990 to no longer classify homosexuality as a mental disorder. Until then the WHO included homosexuality in its International Classification of Diseases.

Under the Constitution of Ascension individuals are protected from discrimination based on their sexual orientation and since 01 January 2017 same-sex marriage has been recognised throughout the territory.