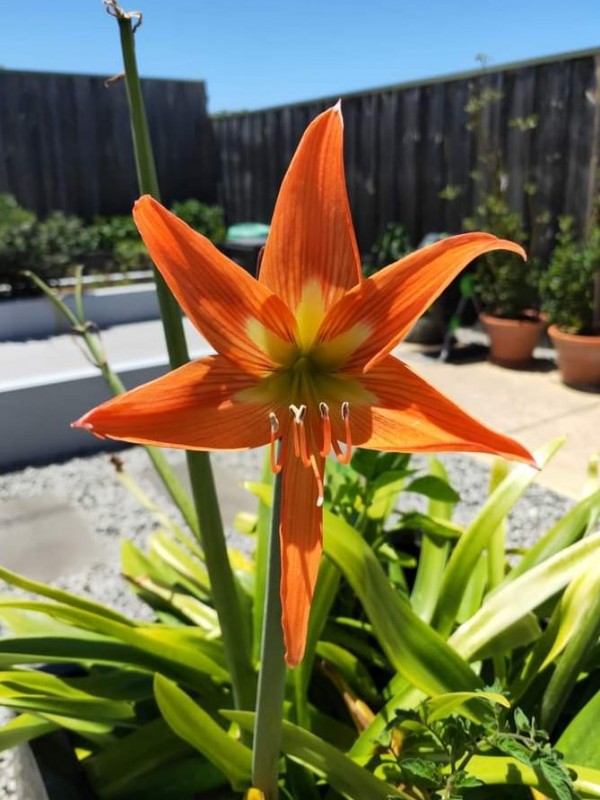 Nature notes is a monthly instalment bringing you information and updates about the natural world on Ascension Island. In this month’s notes – Ascension Lily!

This plant originates from South America though it was possibly brought to Ascension from West Africa. It occurs mainly in warm temperate, subtropical and tropical regions of the world. The plant blooms twice a year on Ascension, roughly between March and April and again between September and November. The bulbous rootstock ensures that, even in the absence of rain, the plant survives satisfactorily. It has become the ‘national flower ‘of the island, and was featured on the 10p stamp of the New Definitive Issue, May 1981.

Many of the glades on the weather side of Green Mountain support large communities of the Lily. It also grows well in gardens, and will last for some days as a cut flower in the floral arrangements. This bulb produces strap-like leaves and a dramatic trumpet shaped six parted red flower. It was well established in the 1950s and is still flourishing in areas such as Breakneck Valley. (References: Flowering plants of Ascension Island, Wendy Fairhurst, St Helena and Ascension Island: a natural history, Philip and Myrtle Ashmoles).