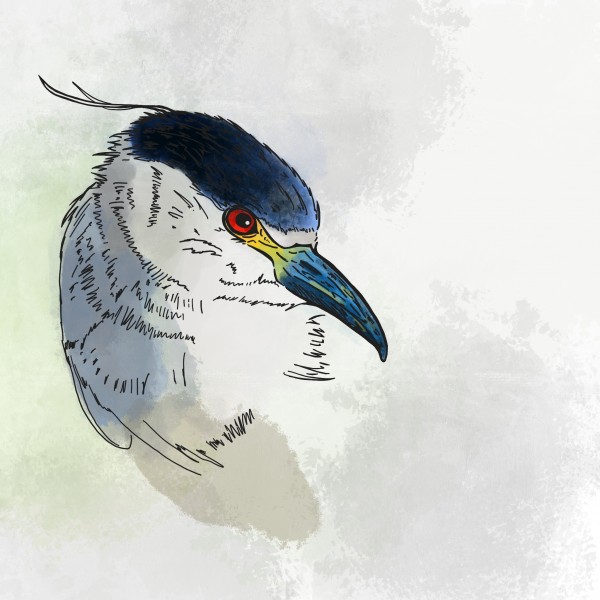 Nature notes is a monthly instalment bringing you information and updates about the natural world on Ascension Island. In this month’s notes – the extinct Ascension night heron!

Extinct is defined as something that no longer exists and has no living representative. Ascension Island has two known extinct endemic birds; the Ascension Night Heron, Nycticorax olsoni and the Ascension Rail, Atlantis elpenor.

When discovered in 1501, Ascension Island’s barren and seemingly inhospitable terrain was home to breeding seabirds in their hundreds of thousands. Amongst these birds were the flightless night heron and small rail species. How do we know these particular species were here? Well, various bone and guano deposits have been found in island caves and from these discoveries, the unique species were able to be identified. There are also written descriptions by early visitors to Ascension, like this one from Andre Thevet in 1555:

“There is a certain kind of great bird that I have heard called Aponars; they have little wings, and therefore they cannot fly. They are great and high like herons, the belly white and the back black as coal, the bill like a cormorant; when they are killed they cry like hogs”

The name aponar is derived from the word ‘Apponath’ which was the name given to the Great Auk (a now extinct bird story found only in the Northern hemisphere). The Auk never occurred anywhere near Ascension but visiting sailors would have known it. The name was likely transferred from the auk to the Ascension night heron because the birds were similar, in that they were large, flightless and black and white in colour.

It is thought the Ascension night heron derived from the black-crowned night heron which would have visited the island in flocks. Over time the population may have evolved strong robust legs and short wings until it could only fly short distances. Unfortunately no images of the night heron exist however.

With the absence of predators and a lack of tall vegetation, the Ascension night heron almost certainly nested on open ground like the majority of our indigenous birds today.  It is thought they had a wide-ranging diet, feeding along the shore on invertebrates, eggs, chicks, carrion and probably being quite partial to a turtle hatchling or two.

The demise of these endemic species is largely unknown but likely due to black rats that escaped from passing ships sometime before the 1700’s, or when cats were introduced in 1815 by the Royal Marines. Because they nested on open ground their eggs and young would have been vulnerable to these introduced predators and not being able to fly, they couldn’t escape like other seabirds.