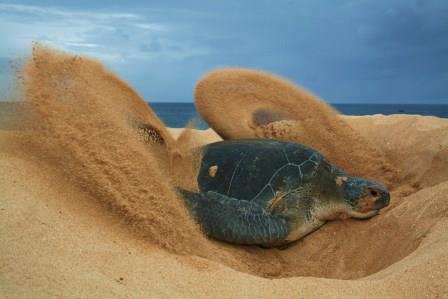 The only species to nest on Ascension’s beaches, green turtles are present around the island between December and July. Returning from their feeding grounds in Brazil over 2,000km away, each female comes to Ascension every three to four years to mate, and lays on average six separate clutches of eggs. It is estimated 7,500- 30,000 nests are laid on Ascensions beaches each season. Each nest has an average of 120 eggs and when these hatch the young turtles make a dash for the sea. It is estimated that only around 1% of hatchlings make it to adulthood. Those that reach maturity may live to 80 years in the wild, and will likely return to Ascension themselves to mate and nest.

In Ascension’s waters most hawksbill turtles are juveniles which use the island to feed. The Hawksbill can easily be distinguished from other turtle species by their small size, prominent bill and brightly coloured shell markings. They were hunted for millennia in huge numbers for the tortoiseshell that was used in many types of jewellery and trinkets. Harvesting hawksbill turtles for their shell nearly drove them to extinction globally and they remain at risk to this day.

The leatherback sea turtle is the largest of all living turtles and is the fourth-heaviest modern reptile behind three types of crocodilians. Migrating between Gabon in western Africa and the south east coast of America to nest, the route sees a small number passing through Ascension’s waters each year. They can easily be differentiated from other turtles by their lack of a bony shell (carapace). Instead, its carapace is covered by skin and oily flesh. This soft shell helps them cope with extreme pressure at depths of nearly 1200m when foraging. Unlike other turtles the leatherback also feeds in colder waters, mostly on jellyfish, which broadens its range and therefore its distribution around the world. 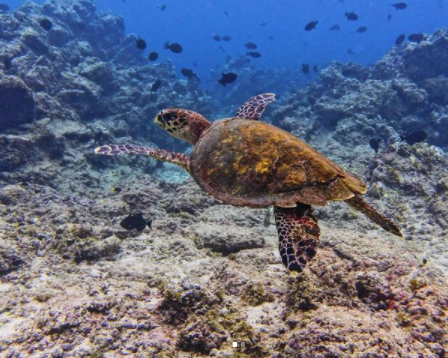 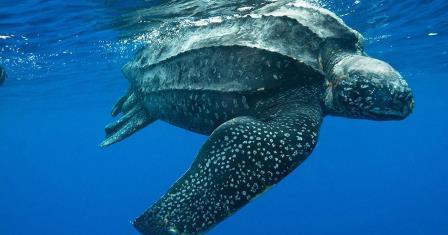 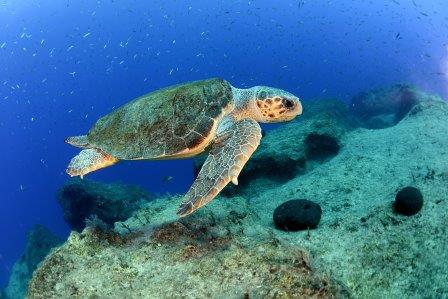