Nature notes is a monthly instalment bringing you information and updates about the natural world on Ascension Island. In this month’s notes – Black Triggerfish!

Whatever you choose to call the Black Triggerfish (Melichthys niger), be it Blackfish, Black Durgon or even Humuhumu'ele'ele in Hawaii, it is no doubt known to everyone living on Ascension Island. Large numbers are visible along every coastline, but their abundance isn't the only factor that makes them noteworthy inhabitants of the inshore environment.

The various names suggest a mono-tone black colour but up close these dish-shaped fish that grow up to 35cm in length, are quite colourful. A neon line runs bright along the base of their top and bottom fins. Shimmering blues, greens and oranges cover their sides, drawn in zigzags that resemble lightning bolts. Some research has even shown that they can slightly change their colouration, depending on their mood and the surrounding environment. Black is indeed an understatement.

But what is meant by the triggerfish part of their name? Well, the dorsal (top) fin of the Black Triggerfish features a spine that can be raised and locked in place. They use this to deter predators and also as a way to help secure themselves in crevices when resting and sleeping at night. The trigger in triggerfish refers to a smaller spine located behind the first dorsal fin that once depressed, unlocks and lowers the first spine.

Most tropical waters between 5-35m deep are home to Black Triggerfish. They are generally found alone or in small shoals, except on Ascension where they exist in large numbers. No one yet knows why this is the case. Perhaps the usual predators and competitors for space and food found elsewhere are absent here. It is safe to say that the Black Triggerfish make the most of this lack of feeding competition by having a broad diet. They happily eat algae, coralline algae, fish carcasses and even dead individuals of their species. When they eat it is with determined enthusiasm; it's hard to miss the mass of fish all trying to reach whatever item happens to be on the menu that day.

For the human inhabitants of Ascension, the feeding behaviour of Black Triggerfish is very important. When trying to scrape settled algae off of rhodolith beds, they ingest coralline algae. Rhodolith, like coral, contains calcium carbonate, which is inedible. The Black Triggerfish then expels this calcium carbonate having first broken in down. In simpler terms, Triggerfish waste is the main component of the beautiful white sandy beaches of Ascension. The next time you take a stroll along Long Beach, spare a thought for all of the Black Triggerfish swimming just off-shore that are much more interesting than they first appear. 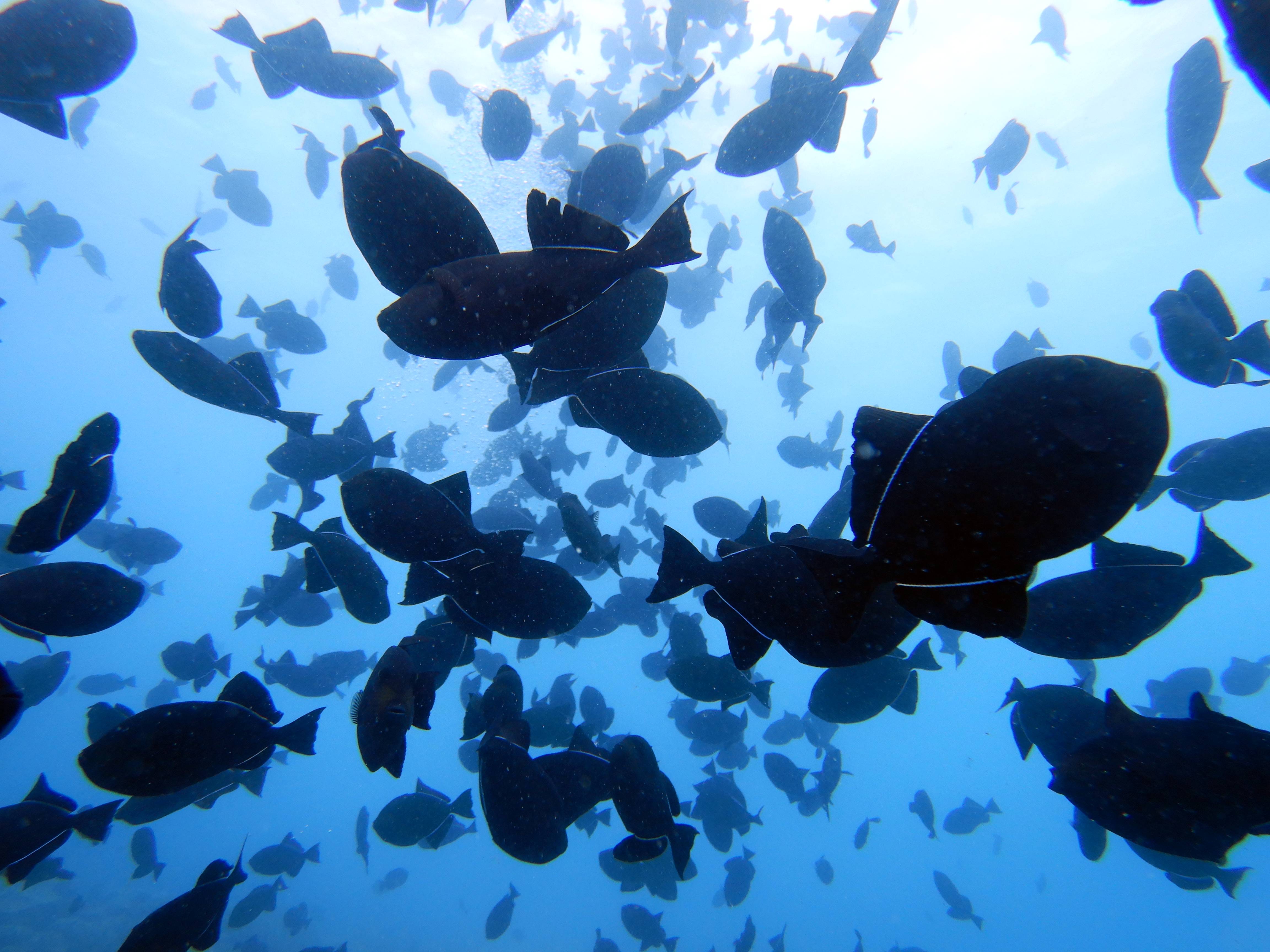