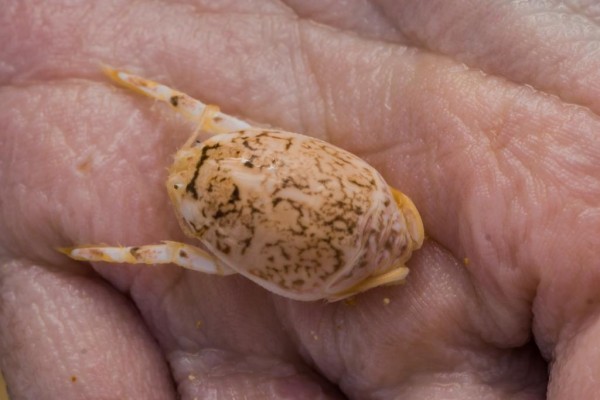 Nature notes is a monthly instalment bringing you information and updates about the natural world on Ascension Island. In this month’s notes – the Emerita (Hippo) sp. commonly known as mole crab or sand cockroaches!

What is a mole crab?

A mole crab is a small decapod (ten-footed) crustacean that burrows in sandy shorelines.

How does a mole crab feed?

Mole crabs burrow themselves into the sand on the shoreline, either facing the sea or the beach. They hold their antennae above the surface of the sand, and as the waves pass over the antennae, they use their feeding appendages to filter food particles (algae and plankton). In Ascension, they also consume small zooplankton such as land crab eggs, and mass gatherings of mole crabs can be seen at North East Bay during land crab spawning.

Little is known about how mole crabs got to Ascension, but it was likely they travelled here as zooplankton in ocean currents. For spawning they favour areas of high swell activity making Ascension’s coastline the perfect habitat for them. It is thought the strong currents may give the mole crab larvae a head start because they are quickly removed from the adult habitat which is full of predators. Like the island’s land crabs, they rely on currents to take them out to sea where they can develop properly before returning to the sandy shoreline. 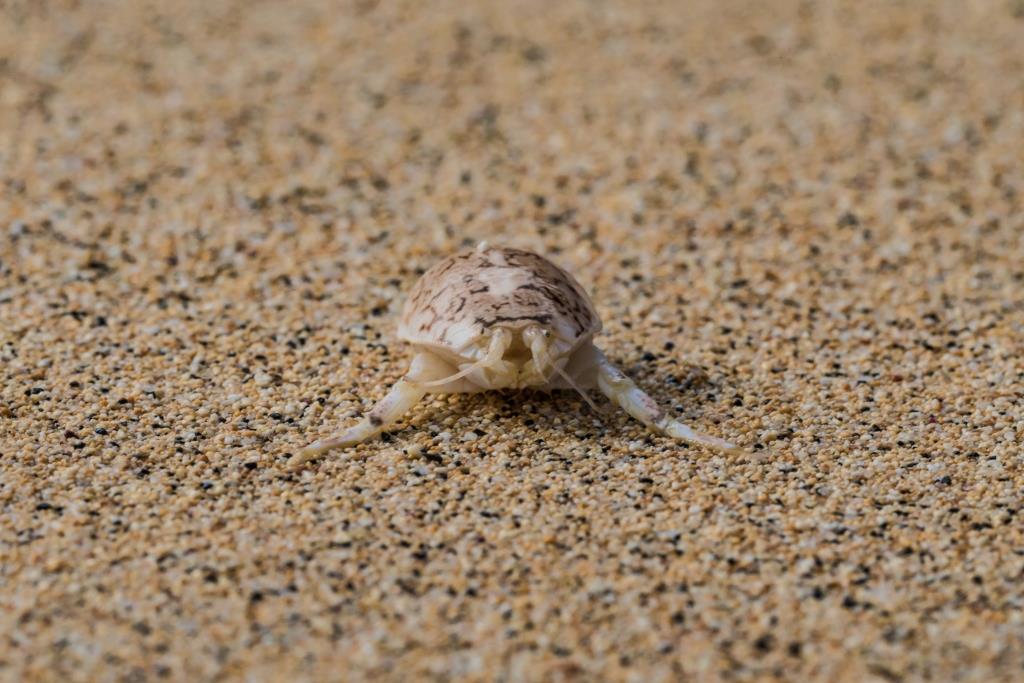