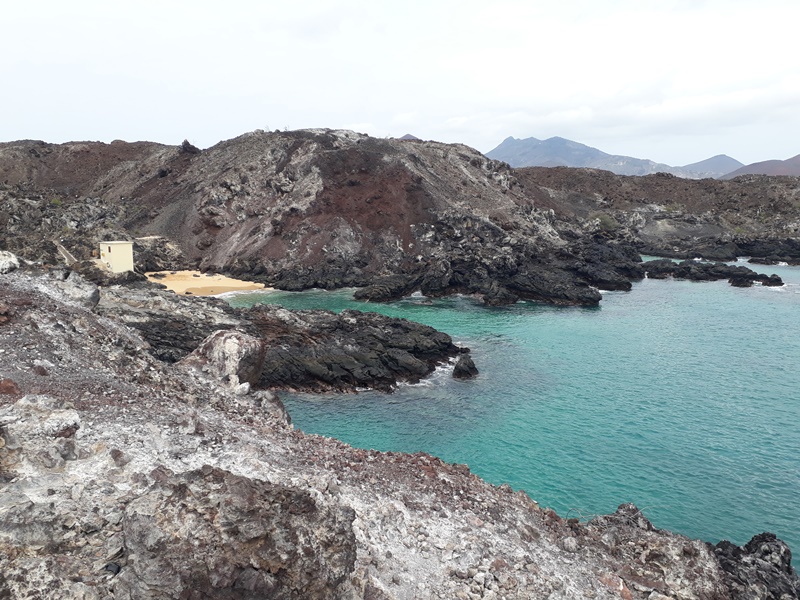 In the 19th century ships applying to enter a port requested Free Pratique, or permission to enter having shown a clean bill of health. A surgeon would board the ship and confirm or deny this. Ships placed in quarantine, particularly those flying the warning flag denoting fever on board, had to be kept separate from the rest of the garrison. The answer was to develop a fever station to protect the inhabitants of the island.

On Ascension the chosen site was Sydney Cove, a safe landing beach away from Georgetown, yet within Clarence Bay. It was renamed Comfort Cove. It was soon to acquire a further name, which it still retains today, of Comfortless Cove.

As a victualling station for the West Africa Squadron, involved in suppressing the Atlantic slave trade, risk of the spread of illness picked up on patrol were very much a reality. Things came to a head when HMS Bann arrived in 1823, with a fever carried on board which killed 50 men from the ship and the garrison. A new policy became necessary, and ships were required instead to drop anchor at Comfortless Cove and remain in isolation. Islanders would then bring the stricken sailors food and water across the rocks to prevent an epidemic spreading amongst their own community.

There are several small cemeteries around the coastline but the most visited is close to Comfortless Cove known as Bonetta Cemetery; so named after the ship HMS Bonetta which brought its fever victims ashore in 1838. Such desolation led to the change of the cove's name, reflecting the reality of the area for those quarantined there.

At the end of the 19th century the first transatlantic telegraph cables were brought ashore at this point, the relay cable house of which can still be seen today.

Today the cove is a popular recreation spot for people living on the island.