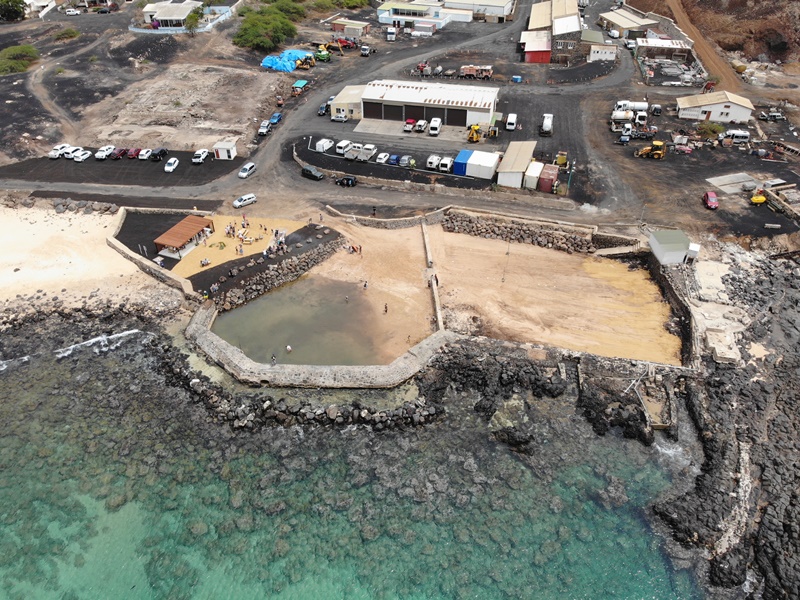 These ponds were first built in 1829 to keep green turtles alive before they were sold to ships or eaten on island. They were further enlarged by 20 feet in 1845 and were used regularly. Harvesters would patrol the beaches at night and turn nesting turtles onto their backs, before returning in the day to move them by sea into the ponds. Large floats were attached to the turtles to prevent them from escaping, where they would then be towed and lifted by a small crane into the ponds. Sluices in the walls allowed the circulation of sea water with the tide, while a sandy bank in one of the ponds allowed females to lay their eggs that could be collected as another source of food.

Once in the ponds, the turtles could survive for a long time without food, providing a source of fresh meat to the early settlers of Ascension and to the sailors would would resupply there. Turtles destined for ships would be stacked upside down and moved by railway to the pierhead.
Consumption of turtle meat continued for as long as the Navy was on Ascension, and infrequently afterwards. In World War II turtle burgers were a brief addition to the US forces menu with the allowance of one turtle per hundred men. Harvesting of turtles for meat decimated their numbers and the practice stopped completely with the introduction of their protected status. In the decades that followed the green turtles population have steadily recovered with the numbers of nests increasing from around 1000 in 1977 to more than 10000 today.

Nowadays, the turtle ponds are a great place for children to swim in the sea, without risking the dangerous currents that occur off most of the island's beaches. In 2018 funding from Blue Marine was allocated to restore the turtle ponds as it had fallen into disrepair from constant erosion. Reconstruction was completed in 2019, maintaining this important part of Ascension's heritage that still is used by the community today.