Ascension Island is part of the United Kingdom Overseas Territory of St Helena, Ascension, and Tristan da Cunha. The territory is presided over by a Governor who is resident on St Helena and appointed by HM the Queen. The Governor is represented on Ascension by the Administrator. A revised Constitution entered into force in September 2009. An elected Island Council advises the Governor on laws, policies and the government’s annual budget.

Unlike most places however there is no indigenous or permanent population. The inhabitants of the island comprise the employees of the organisations operating on the island and their families. 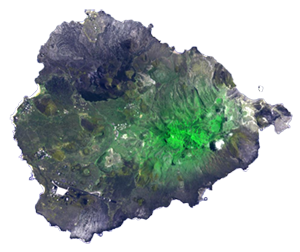 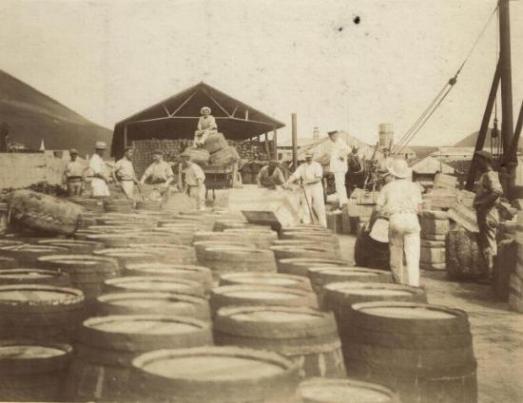 Salary of £14,625 pa (taxable in Ascension). You will also receive the following benefits: • Rent free accommodation (with electricity and water allowances) • A food allowance of £3,350 per year • Relocation costs for your personal effects, including the shipment of a vehicle • One mid-contract return journey to your country of recruitment • A gratuity payable on the successful completion of a 2 year contract • 30 days annual holiday (with additional 9 days public holidays) • Free primary dental and medical care 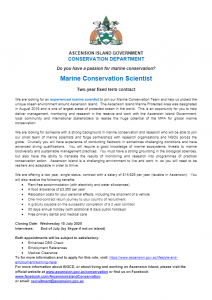 Salary tbc according to experience. Household status role, therefore applicants must already be located on Ascension. 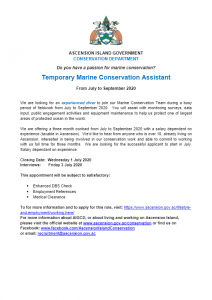 This week marks 15 years since Green Mountain became Ascension’s first, and to date only, area to be designated a National Park.

Previous
View all News Items
Next 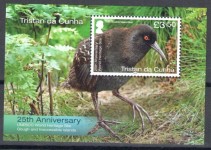 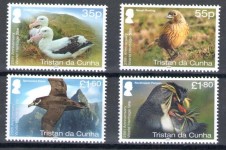